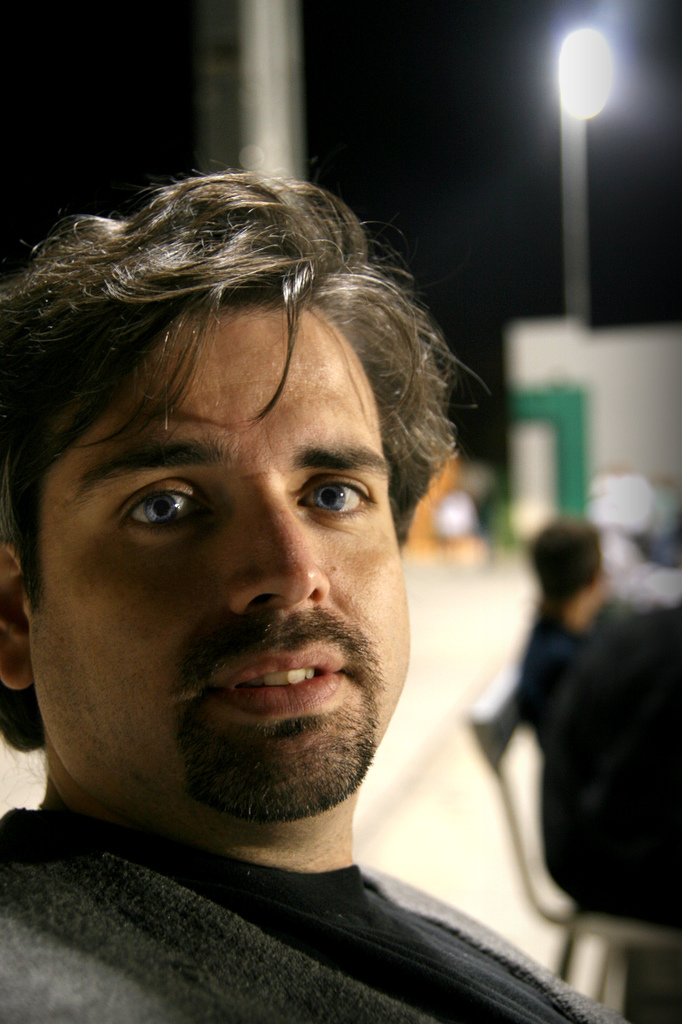 Something caught my eye. I looked up and to the right and saw a woman in her late forties trying to help her aging mom down the stadium steps. Her mother was petrified. She was shaking her head no and holding on to the safety banister for dear life. The daughter pulled her mother’s arms, trying to get her to budge.

It was her feet. I couldn’t stop looking at her feet. Pink Keds with white laces folded around white ankle socks. The way the foot tapped around looking for some safe place to be, the feet of someone older, someone less steady. I saw Grandma Jean in those feet.

I remembered how Grandma Jean had been scared to fall. How Joe and his aunts and uncles had at first helped her move from chair to walker, walker to car. One person in front, one on the side and someone in back so she would feel safe. Then it was chair to walker to bed. And then there wasn’t a lot of moving anywhere anymore.

I heard the older woman murmuring in a small voice and I wondered if she had dementia. Something about how she didn’t seem to recognize her daughter or the place or what they were doing. She was just afraid to the exclusion of everything else.

I thought about my dad. His dementia has made it nearly impossible to carry on a phone conversation. I miss him. I miss the old him that would get into a lively discussion about pretty much anything and told the corniest jokes in the universe. The kind that made you groan so deep you could cause an earthquake. I love this latest version of him, this softer, gentler version, I will always love however he is, but I hate the disease that makes him unsure of how to speak to someone in case he just asked that question a minute ago or makes him forget who those nice people are in his home, my kids. I hate the uncertainty on his face knowing he’s worried on the inside and aware enough to feel scared or stupid or ashamed.

In an instant Joe jumped up and went behind the older woman, grasping her around the waist and telling her in her ear, “I’ve got you. I’ve got you. You won’t fall. I’ve got you.” And I watched my husband help support her weight and walk her down those steps to sit by her husband, who this entire time had been standing in the row, waiting for his wife, with a look of frustration and love on his face, having been told to stay put by the daughter, realizing his older body wasn’t going to be of much help getting his wife down the stairs, but being unable to sit down and relax until she was next to him, his fists clenching and unclenching.

It was awkward, that walking down the steps all together, the daughter in front showing her mom the way and Joe in back supporting her weight. They jerked down one step at a time. People were starting to stare. Joe kept encouraging her, never stopped talking in her ear. Slowly the procession made it to the row and there was profuse thanks from the daughter and her father to Joe as they all sat down.

I was overcome with so many feelings and started to weep a little. I saw Grandma Jean, my dad, myself in 40 years, and even Phyllis who was loved by everyone but especially her family, just as this woman was.

And I fell deeply in love with my husband all over again.