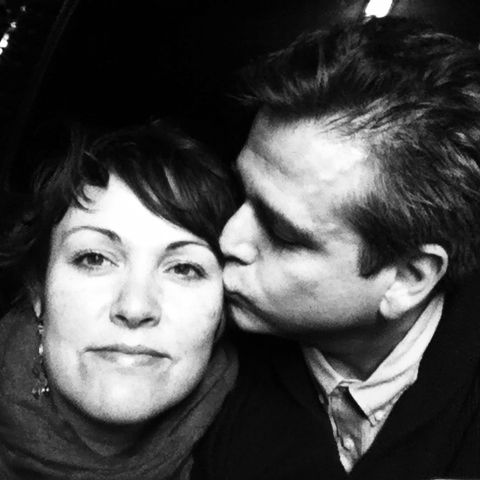 Let me set the scene for you.

We’re sitting on the couch, my husband and I, my nose buried in his shoulder. I’m weeping, beside myself with a ball of grief and failure burning through my chest like fire, wiping snot on his arm, making noises that are approximations of words, but no one can know for sure. I have auto-immune issues that after several years of being in remission have reared their ugly head starting sometime last December and have now flared with the vengeance of a fifteen-year-old girl who lost her cellphone privileges and is punishing her parents. I can’t sit very long without pain. I can’t stand very long without pain. And moving from one of those positions to the other also hurts quite a bit. I am not strong. I am weak. I am in pain. I am frustrated, angry, and deeply sad.

He’s so patient, my husband, and the very best kind of person, who has actually been listening to me over the preceding twelve years of marriage together, so that when I fall apart like this, he can throw all the things I’ve said back in my face. Which is wonderful and exactly what I need.

“I’m a failure,” I moan, “I’m tired of being sick and in pain,” or something close to that, anyway. There’s some grunting and high-pitched wails.

“I thought I had beat this thing. I really did! Almost four great years,” is what I was trying to say. Probably it sounded more like, waaaaaaaaaaaaaaaaaaablubblubblub, but he knew what I meant anyway, because he’s very clever.

“What about all the inspirational stuff you say all the time? You’re enough? You can do hard things? You’re right where you’re supposed to be, right?” my husband asks, rubbing my arm and reaching for the gentlemanly handkerchief he keeps in his back left pocket, just like my father always did. Sadly, I think we’re way past saving his shirt at this point.

My shoulders and hips are aching because of the awkward position I’m in, twisted to be closer to him, possibly to climb inside his skin. Sharp pains call attention to my right ovary where a golf ball-sized cyst has recently burst and has begun slowly exhaling in excruciating slowness. I must turn my body straight or I’ll be up for hours with throbbing in all my joints and unable to sleep.

“You believe in Divine Timing,” he reminds me as he dries my cheeks and begins to corral the snot stream from my swollen nose.

“Oh, stop it. I did believe in it. I did believe all those things! But maybe not now,” I blubber. I grab some tissues and help in the clean-up attempt of my face. My head begins to pound. Oh, I’m really starting to feel sorry for myself now. “I mean, I can’t even help put the laundry away! Or load the dishwasher!” I flourish my right arm about to emphasize my point.

Which are absolute facts, by the way. Bending from the waist sends waves of throbbing pain down my right leg. I can’t squat, either, because I’ve lost most of the strength in my thighs. I refuse to take the heavy painkillers, mostly because they make me feel so nauseated, but also they make me useless and I wouldn’t get any laundry or dishes loaded anyway. Pain or nausea, pain or nausea. Another thing to feel sad about. A fresh wave of tears hits me like a tsunami.

“So. You believe all that stuff you say, but only on your good days, is that it?” He looks steadily at me with his blue eyes, a slight twinkle in the right one and blankets of love in both. “The whole point is that you believe it on the bad days, too.”

I immediately stop brandishing my ineffective arms around and get very still. The truth of what he says sings to my heart.

I think I’m different than everyone else, apparently. I’m destined to only have good days, is that it? All the things I’ve told my clients over the years come rushing back to me. Go easy on yourself. There will be good days after the bad days, you just have to wait it out. Self care is paramount. Learn to say no without guilt. Create your healing cocoon.

Your body is not your enemy. It’s trying to save your life. Have gratitude. 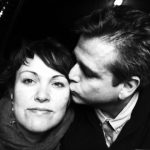 My husband, who insists he knows nothing about the healing arts, leans down and kisses my red and puffy face with a fierce tenderness that could slay a dragon.

“Being ill sucks and hurts and is the very worst, but it is not a failure,” I say out loud to him. He nods and then turns on Netflix and an episode of 30 Rock where Tina Fey’s character, Liz Lemon, allows her boyfriend, Dennis Duffy, to move in with her and he calls her dummy, in a sort-of affectionate way, which she puts up with.

“Liz Lemon needs more affirmations regarding self-worth,” I tell him. And he sagely nods.

3 Replies to “Your Body Is Not Your Enemy”