–> Read all the Storyteller posts here. 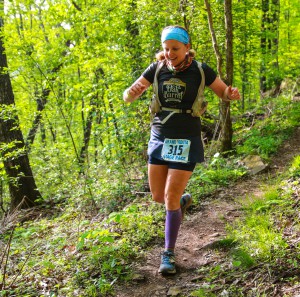 1. I started “themed” blogs that all died shortly after their inception between the years 2000 and 2003. One was dedicated to the show Temptation Island…I have no idea why I didn’t stick with that one. In 2003 I stumbled upon a few writers who were blogging about their struggles having children and I decided in January 2004 to just try a personal blog, one with no theme, but where I could also chronicle my own struggles to conceive. I gave my blog a name using my own online alias (Zoot) on the Typepad platform. Once I gave up trying to stick to a “theme” and just wrote a personal blog with personal stories, I found it was VERY easy to stick with blogging. Writing became cathartic, even if I was just writing about Harry Potter in between entries about having miscarriages. In April of 2004, after only 4 months at Typepad, I picked up and moved to my own domain: misszoot.com, and I’ve been there ever since.

2. I learned by being a blog reader first that the internet removed Geography as a hurdle to building communities. I spent my childhood often feeling like the odd-man-out but the internet gave me ways to find kindred spirits, even if they were living in another state. When I first blogged about being an adult who loved Harry Potter, several people stepped up to say, “Me too!” and it felt GREAT. And then, on the serious side, when I was struggling to have kids it felt amazing to find people who understood the things I had trouble explaining to my family. I’ve also written a lot about my anxieties and lately I’ve been writing a lot about my journey becoming a runner and a triathlete and meeting people on the same road to fitness. Telling my stories – no matter what they are – have helped me build an internet family that I still depend on today.

3. I have 3 kids (19, 8, 6) and work from home part-time as a web developer, but I have also become a runner in the last 3-4 years. I am not an athlete by birth and have never been good at anything, but I found something therapeutic about running long distances and training for long races so I run a lot during my off time. During the winter (my peak training season) I run an average of 50 miles a week. I usually try to do a couple of marathons, a couple of 50K trail races, and at least one 50-miler or one 12-hour run every year. I often barely slide in under the time limits for the races, but I’m doing it with a smile on my face!

4. If I had a million dollars...I’d donate to some of my favorite charities (The Trevor Project and our local group – The GLBT Advocacy & Youth Services, Inc.) but THEN I’d finish my goal to run at least a marathon in every state. I don’t like traveling in theory, my anxieties make me very much a home body, but for races I seem to be able to look past my travel-induced anxieties. I’d love to pack the family up in an RV and drive across the country running races wherever I could!

5. The secret I’ve discovered to get over my social anxieties is to constantly ask questions to those around me. It makes me look like a great conversationalist, but it also draws attention AWAY from me, making me inherently more relaxed. And while I do this, I try to use the person’s name as much as possible so that I’ll remember it later. Nothing sends me into a downward spiral of an anxiety attack quicker than forgetting someone’s name! So, ask a lot of questions, use their name. And if you DO forget someone’s name, ask them their name and after they tell you say, “Oh, that’s right. I always want to say your name is ‘ALICE’ because you look so much like my cousin of that name.”

6. My social anxieties are my biggest hurdle in life. However, the best thing I’ve discovered to help me get past them is finding out how many other people feel the same way. I actually started a book club with some friends because we all felt too socially awkward to ever go to them before. We call ourselves the Socially Awkward Book Club. That alleviates the pressure of being polished and smooth right away!

Find Kim on Twitter @misszoot and read her stories on her blog, Miss Zoot. Thanks, Kim! To comment on this post, go here to where it lives.

Photo of Kim by Gregg Gelmis.

Do you tell stories?

If you want to be added to this list, check out the reqs below and email me if you qualify.

To qualify as a Storyteller:

Email me here. If you visit a site listed above that no longer qualifies, let me know? Thanks.